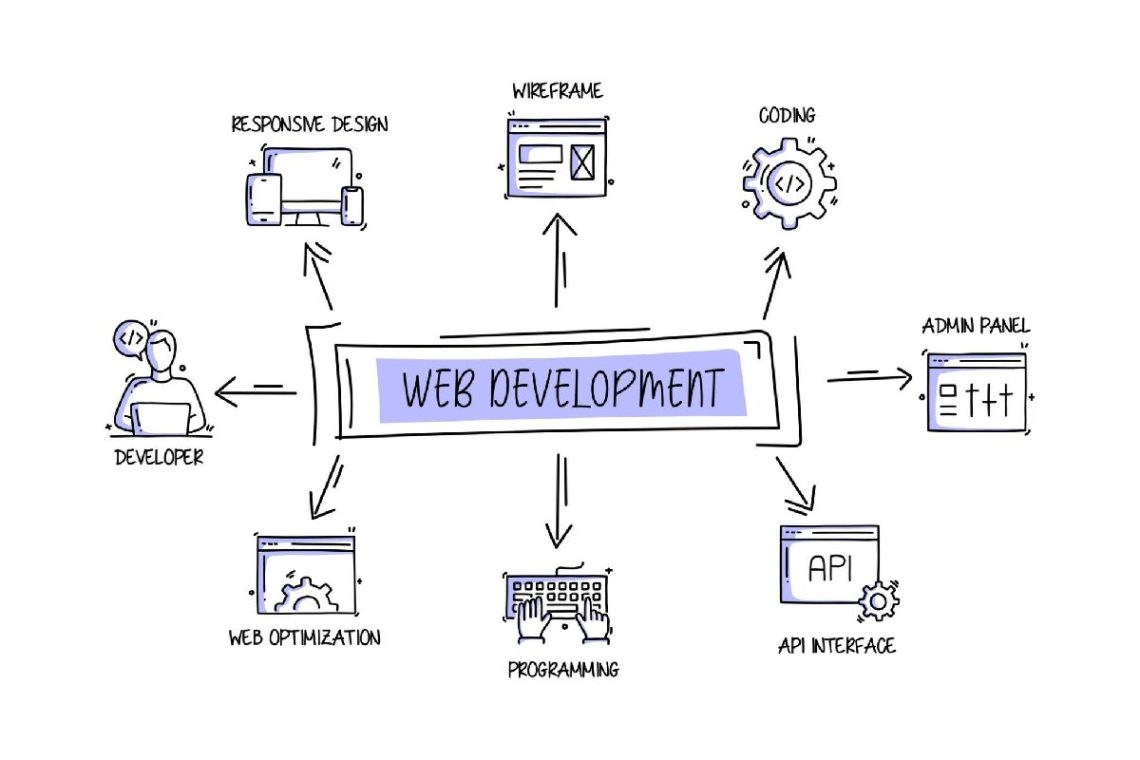 The goal of the Web Developer job guide is to help you get started in a potentially rewarding field. This article will guide you in everything you need to know about web development, including the step-by-step guide and required skills for web developers.

Web development basics, such as HTML, CSS, and JavaScript, should be studied early. There has been a gradual rise in the enrollment of candidates for such courses. They often undertake one-to-two-year “code bootcamps” to acquire the skills necessary to become successful Web developers. Coding bootcamps have been increasingly popular among those who want to become Web Developers due to their short duration, intensive nature, and emphasis on job placement upon completion. Indeed, a job board reports that 80% of American businesses have recruited candidates who attended a coding bootcamp.

Decide on a Niche in Development

If you want to develop your abilities further, you’ll have to focus on a certain subset. However, what exactly are the many flavors of web design? There are essentially three varieties of Web Developers, and they are as follows:

Educate Yourself on the Primarily Used Languages in Web Development Programming

Learn to code and become proficient in several machine languages for designing and developing websites. It is a necessary skill regardless of your area of study. You may be curious to know which languages are the most often used in the industry.

The essential resources for creating websites come from three families of programming languages:

You’re prepared to start developing websites now that you know  HTML, CSS, and JavaScript. You’ll learn and use a wide range of Web Developer skills as you progress. Talents in SQL or Python programming, the jQuery library of functions, are more efficient programming languages. Using tools like Git for version control is an example of technical or “hard” skills. Start playing around with it, and you’ll quickly enhance your web-building skills.

Construct a Resume for Web Design and Development

When looking for work as a web developer, you should be ready with your best work that precisely describes your skills and competencies.

There are three key considerations to make a unique portfolio:

Aspiring Web Developers should familiarize themselves with the following skills:

Web development calls for a wide variety of technical abilities. However, before moving on to other languages, Web Developers must acquire a solid foundation in basic web development languages

Any competent Web Developer should have a firm grasp of Hypertext Markup Language (HTML) and Cascading Style Sheets (CSS). When developing a website, HTML is utilized as the markup language, while CSS is used to program the visual elements, such as colors and fonts, that make up the website.

Frequently reduced to its shorter form, JS, this language is crucial in enabling both front- and back-end functionality on websites.

One of the most commonly used and required programming languages is SQL (Structured Query Language).  SQL is used for database management, data querying, and manipulation.

A form of computer programming that focuses on objects. Python is widely used in various data science contexts, including machine learning. Therefore, it’s a useful skill to acquire.

A JS package that streamlines JavaScript development by collecting frequently used functions into a condensed one-liner.

Along with technical skills, web developers also need to acquire soft skills that will help them grab good opportunities in their expertise. There are free Web Development courses that impart the overall curriculum and required skills to the candidates. A few of the required soft skills are given below.

Web developers collaborate with many other teams to bring their ideas to life, from design to marketing to management. Maintaining momentum and finishing tasks successfully requires strong communication and interpersonal abilities.

Due to the nature of the job, the ability to think critically and solve problems quickly is essential for any Developer. Web developers get paid to solve problems where others have failed by applying their critical thinking and ingenuity.

This is to manage one’s time better. Because of the nature of web development, developers are usually charged with juggling several simultaneous, short- and long-term projects.

Successful Web Developers are problem solvers with the ability to trace their steps backward through a project to identify weak spots. Having a knack for numbers is also useful.

A good web developer is always looking to improve their skills. Free online courses are provided by many technical institutes to assist the candidates. It’s exciting since technology is continually developing and improving. Certain guiding ideas and methods in the field of computer science have persisted for decades, although there is an ongoing evolution in the various subfields of software engineering. There are stable and unstable software fields.

In the web development industry, one must always put a front foot to gain as many skills as possible.

Previous Post A Framework for Starting Your DEI Strategy
Next Post Where can the execute disable bit (edb) technology be disabled?