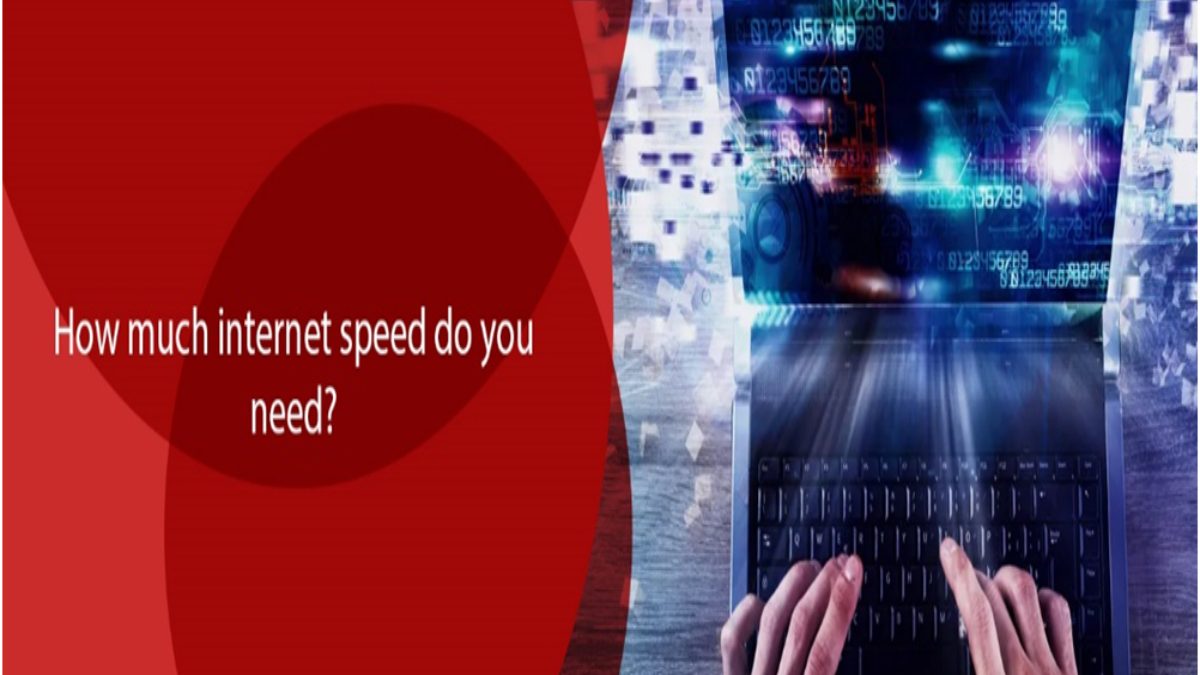 How Much Internet Speed Do You Need?

With an array of internet options in the market, choosing the best internet plan can be quite tough. It can be complicated figuring out which one is supposed to be the most suitable one for us. One thing we can tell is that internet plans are priced based on their data allowances and speeds. So, how much internet speed do you need?

All of us have specific needs and as with other expenses, you are supposed to pay for as much as you need. Older couples who only use internet connections to look up something online occasionally or make video calls don’t need as much speed or data allowance when compared to someone who streams shows and movies. To help you understand how much internet speed you need, have a look at this guide.

How much speed is enough?

According to the Federal Communications Commission (FCC), the minimum broadband speeds should be 25 Mbps for downloads and 3 Mbps for uploads. This is very close to the minimum speeds that most households require and many groups have called for FCC to raise the minimum requirements.

If you are searching for an internet plan, you need to look for speeds higher than this minimum. Most households have several internet-connected devices, which consume a lot of data, it makes sense to opt for high speeds that are hopefully available in your area.

When you do choose your internet plan, you are not guaranteed the speeds advertised on the plans. Whether it’s due to busy networks, the placement of your router, or interference from nearby networks your speeds will be affected to some degree.

How much internet do you need?

How many people will use the internet?

One other factor you need to keep in mind is the number of people who use the internet in a household. The number of people in the house will also dictate the number of devices that are connected to the internet. Think of a household with just two people. Such a house could consist of multiple devices like two laptops, two smartphones, two tablets, one smart TV, one gaming console, and multiple household appliances. If your household has a similar number of devices for each person, you need to have speeds high enough to manage the load.

One of the activities that use most of the bandwidth is video streaming. If you are streaming videos, you may notice that other apps on your devices may slow down. So, if you like to browse through social media while you watch your favorite show on Netflix, you need 25Mbps for the streaming and 10 Mbps for social media. Your internet plan should have a minimum speed of almost 50Mbps to help you use both apps without any glitches.

When you’re considering the speeds being offered by the providers, you may notice two different speeds being advertised. You need to understand the difference between them. Simply put, the speed at which the data is sent from the internet to the device is the download speed. The speed at which the data is transmitted from the device to the internet is the upload speed.

The majority of users tend to require higher download speeds than upload speeds as users download a lot more content from the internet than they upload to it. However, you still need to consider upload speeds as they dictate the speeds at which you can upload content online such as files, images, and other attachments, andfor conducting video calls. If you browse through Optimum internet plans, you can get upload speeds as high as 35Mbps.

Hopefully, you now have some idea about internet speeds and everything you need to consider when choosing an internet plan. Once you understand your own needs, understand the differences between download and upload speeds, and knowhow different apps use up your bandwidth, you can make an informed decision. If you have any other questions regarding the internet plans, don’t hesitate to contact Servicio al cliente de Optimum.

Review How Much Internet Speed Do You Need?. Cancel reply

What is Information Technology? - Definition, Hardware, and More

What Is a Rocket? – Work, Function, and More

What is Artificial Intelligence? – Works, Use, and More

What Is Strategic Planning? – Benefits And More

Education sector: Think of a classroom where the students can create meaningful solutions with absolute freedom (think tangible prototypes of…

What is Paramount Plus? Paramount plus (paramountnetwork.com/activate) is a premium entertainment destination that pushes the boundaries of storytelling with bold…